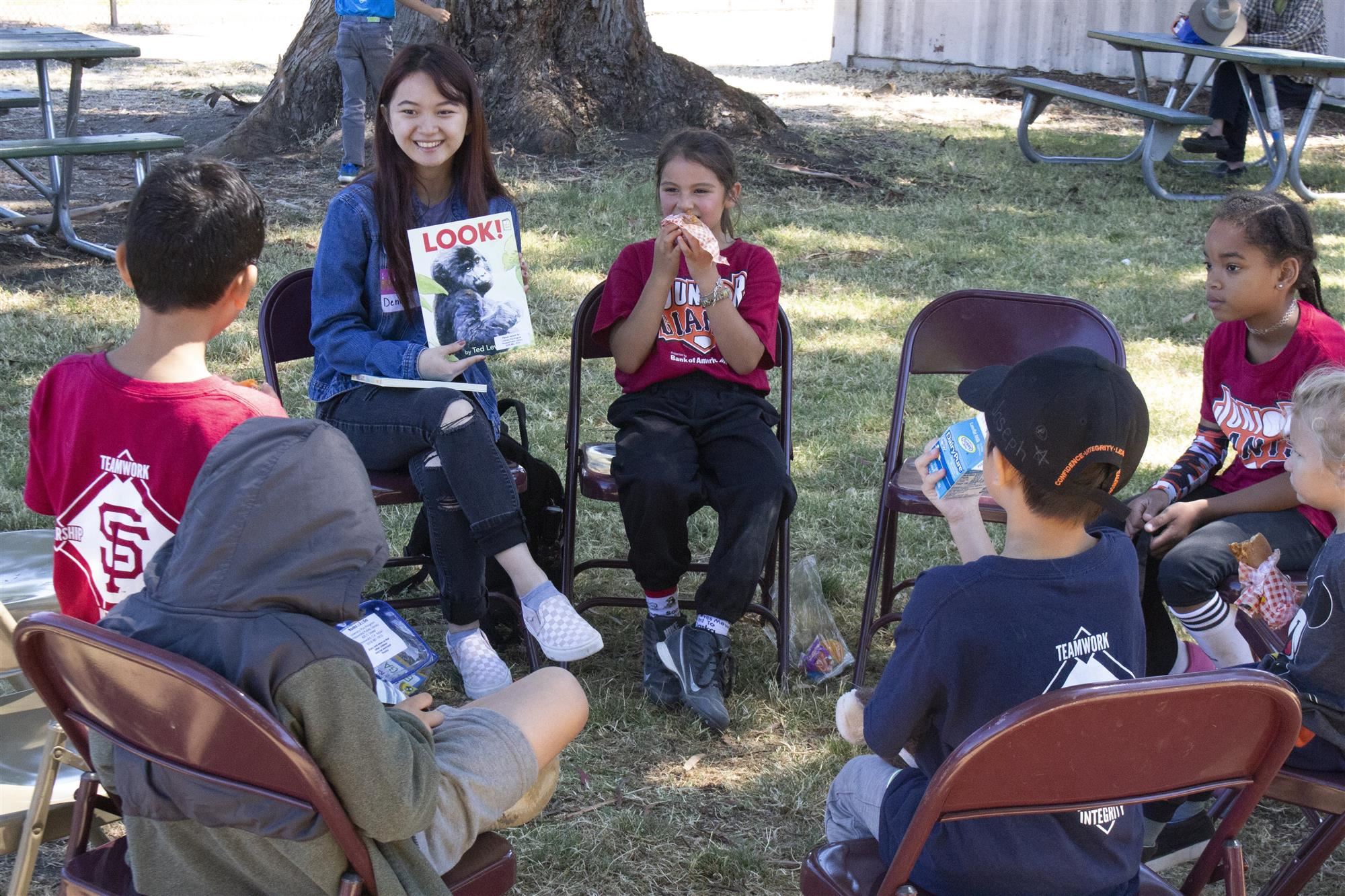 The sound of laughter entered the cafeteria well before the students when a summer school class bound in for lunch at Guy Emanuele Elementary in New Haven USD. Sun hats and basketballs were set aside for the recess to come as students sat at long tables with their packed lunches. Others jockeyed for a good spot in the lunch line. 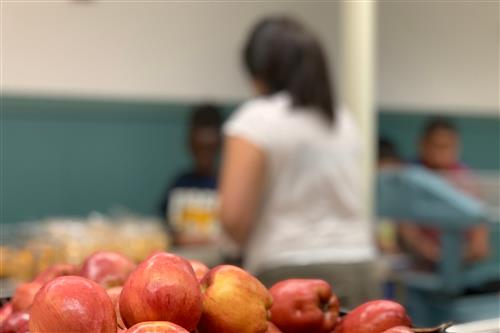 Kids filled their compostable trays in groups of five, grabbing fruit and vegetables on their way to the nachos station and what may have been the hardest decision of the day: regular or chocolate milk.

The cafeteria was quickly strewn with bits of food, drink and wrappers. Cafeteria and janitorial staff performed a quick reset as the first group departed for the playground and welcomed the next wave of students in a matter of minutes.

For many Alameda County students, school cafeterias are both a lifeline and a consistent, welcoming place. When schools close for summer, it does not bring an end to student need.

“We have a lot of kids where these are the only meals they get: breakfast and lunch,” said Denise Langowski, Central Kitchen Manager for Alameda USD.

Langowski has worked for Alameda USD for 25 years. She knows the name of each student who visits her counter during the school year at Will C. Wood Middle School. She can tell you the favorite food of many of her regular customers. She opens the cafeteria doors as early as possible, especially in winter, for students to come in, “As long as they behave!”

Wood Middle hosts Alameda USD’s central kitchen, which produces breakfast, lunch, snacks and suppers for sites across the district. Langowski and her team take the time to make hand-rolled burritos and beautiful sandwiches for their students.

Research indicates that school meals with higher nutritional value can improve student learning. Providing equitable access to nutritional, academic, social and emotional resources helps ensure that the needs of the whole child are met, which is especially important for our most vulnerable students.

“The kids who get two meals a day in school need a place to get these meals during the summer,” said Dr. Emily Young, Administrator for the Hayward Police Department’s Youth and Family Services Bureau (YFSB). The YFSB is part of a collaboration with Hayward USD, Hayward Promise Neighborhood, CSU East Bay, “Let’s Do Lunch Hayward…and breakfast too”, Hayward Public Library, and other community groups to provide meals, activities and resources to families in Hayward during the summer.

The goal is to bring kids in not only for a meal, but for fun, learning and exercise.

Over 600 students signed up for the Jr. Giants baseball program this summer. YFSB runs the program at Weekes Park from June to August in partnership with Hayward Area Recreation District and the SF Giants Community Fund, with much community support.

“We are dependent on parent volunteers,” said Young. One such volunteer is Mireya Baltierra, a parent leader who is in her third year of volunteering with the Jr. Giants.

“We aren’t just here for lunch, we are here all day,” said Baltierra, who is also a Hayward USD Parent Ambassador and an English Learner Advisory Committee member during the school year.

“It’s baseball on the field, but it’s everything else off the field,” said Young. “We are at the nexus of library, school district and community programs.” 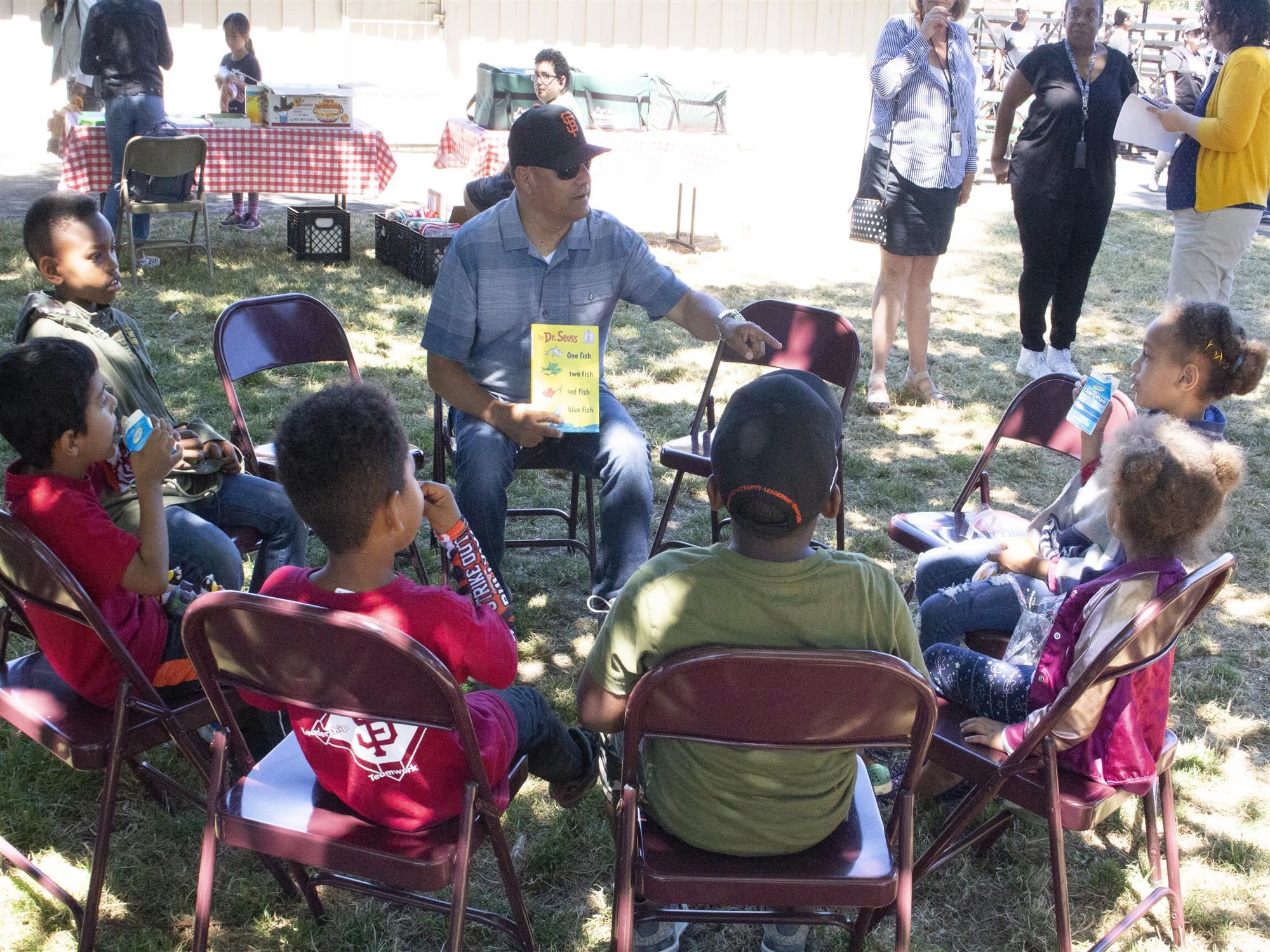 This unique partnership has grown and expanded since it began in 2011, with collaborators like the long-running The Kids’ Breakfast Club ensuring Hayward USD’s summer meals could be offered where they were needed most.

In the first year, the collaboration served 30 sites across Hayward, including apartments, churches, schools and community centers. Hayward USD provided and transported meals and volunteers handed out around 65,000 lunches in the first year. Now, eight years later, the program serves over 100,000 meals during the summer.

“Hungry kids in the community need to eat,” said Leslie Taylor, a Field Supervisor in Child Nutrition for Hayward USD. “Every year we get a little bit better.”

Part of this expansion is due to services and activities offered near meal sites, such as those at Weekes Park, which is next to the Hayward Public Library. The co-location with educational resources was designed to address the “summer gap,” which was evidenced by a dip in reading scores between 3rd and 4th grade. 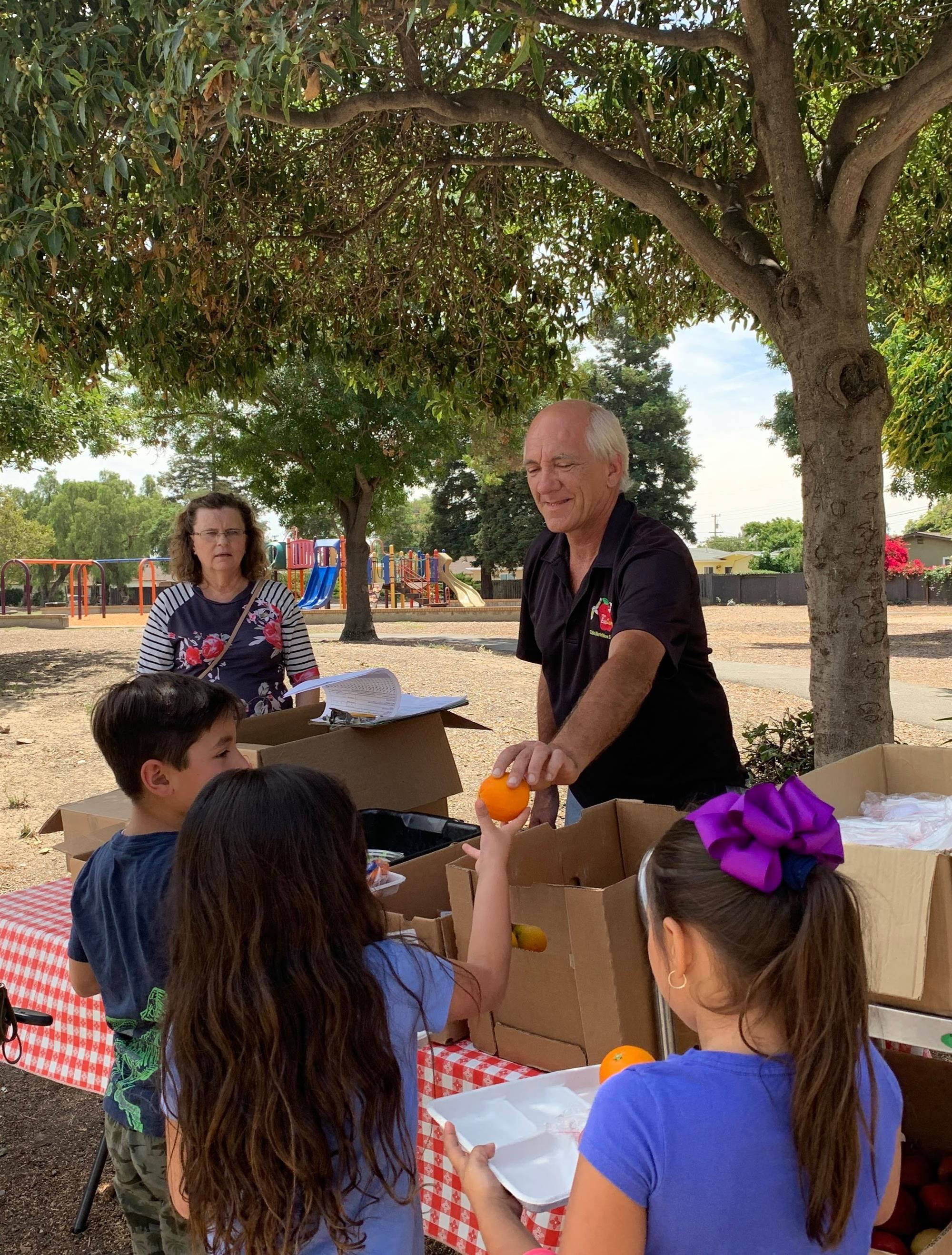 “We connected food and reading activities, that’s 'Words for Lunch',” said The Kids’ Breakfast Club Executive Director and Hayward City Councilman Mark Salinas. Words for Lunch expands on the Hayward USD summer program at Weekes Park twice a week during the summer. Volunteers serve meals and read to about 100 children in English, Spanish, Chinese and any other language they can offer. Additionally, “Kids go home with a book at the end of each day,” said Salinas.

“The library gets a lot of credit,” for the popularity of the service in Newark, said Child Nutrition staffer Steve Davis as he quickly served a line of kids. “They put on a lot of activities.”

By leveraging and co-locating resources, more Alameda County students are given both a needed, nutritional meal, and an opportunity to access other services throughout their summer break.

As Kathy Hayes, Field Supervisor for Child Nutrition in Newark said, “It shows that the school district still cares about them during the summer.”